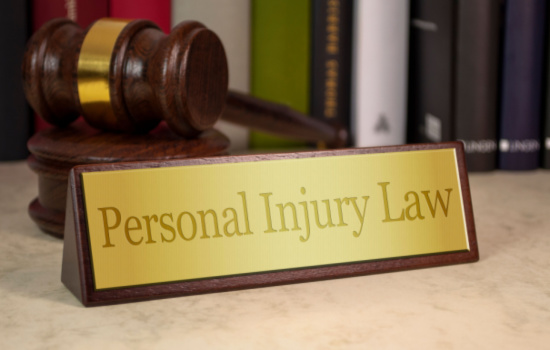 At Justice Law Center we have been helping the residents of Winnemucca get what they deserve in their personal injury cases for decades. Wherever you are injured in an accident, the insurance agencies are going to pull out every trick in the book to try to save themselves as much money as possible, and to close your case quickly. That is why you need an experienced and dedicated personal injury attorney to represent you.

The insurance agencies employ whole teams of lawyers who are tasked with trying to shortchange you on your payout after an accident. While personal injury lawyers are not cheap, their fees far outweigh the possibility of not even being able to pay your medical bills or cover lost wages. If you try to go it alone, you may run the risk of being buried in debt due to an incident where another person was at fault. As adults we have learned to take responsibility for our own actions, but when you are blameless, you need a personal injury lawyer to get you what is fair.

Our legal professionals have put together a detailed step by step outline of just how a regular personal injury claim will go. Keep in mind that every case is different, and some of these details can be very much different, depending on your particular case and situation.

After you have been injured in an auto accident, a slip and fall, or a workplace incident, the very first thing you should focus on is yourself and your family. If you are hospitalized chances are the last thing you are going to want to do is talk to a lawyer. It is important to understand however, the insurance agencies like to take advantage of people while they are in a vulnerable state and try to get them to submit a “statement” of the accident as quickly as possible.

They will tell you this “statement” is to help you get your money faster, when its actual purpose is to try and get you to admit on paper that you are responsible, or partly responsible for the incident that caused the injury. This is just one of the tricks they will try to pull in order to shortchange you on your payout.

Your lawyer will first gather all of the current hospital bills and other medical expenses that were incurred from the accident. Then they will make a detailed accounting of any lost wages, property damage and other expenses as well as try to put a reasonable dollar amount of your pain and suffering and lost time and experiences with friends and family that the accident has caused. All of this accounting will be detailed in a letter, along with the reason and any evidence that shows why the insured is responsible for causing the accident and damages.

This letter is called the demand letter and it will clearly state to the insurance agency that you are seeking financial compensation for the accident, and that you are holding a particular party responsible for the damages that were incurred. The responsible party is normally the person who holds the insurance plan, and is called in a personal injury claim the “liable party.”

The discovery phase of your personal injury claim is often the longest and most drawn out of all the phases. It is during this phase that both sides compile all of the evidence that they intend to use in court. According to the law each side must provide any and all evidence they intend to use to the other party for review. In personal injury cases a majority of the evidence will include medical records, doctor’s reports, diagnostic reports like X-rays, MRI’s and CAT scans. There will be pay stubs to show lost wages, bills from mechanics and other property repairs as well as any police reports that were made regarding the incident.

During the discovery phase either side can file motions with the court. These motions can be to ask the court to dismiss the case based on evidence gathered, or to rule in favor of the plaintiff because of the evidence presented. Often there well even be hearing held on these motions where the moving party presents their case in support of the motion and the opposing party will present their case in opposition of the motion.

After both parties have litigated, motions have been filed and hearing have been held, a mediation will likely be scheduled. Mediation is a meeting between the insurance agencies lawyers and you and your personal injury attorney. This meeting will be aimed at trying to agree on a settlement before the case goes to trial. A mediator will oversee the meeting and will attempt to help both parties to come to an agreeable settlement. Sometimes if the first mediation fails, another will be scheduled before trial.

It is rarely ever in either party’s best interest to take a personal injury case to trial. Trials are always very expensive and time consuming. They can be held either just in front of a judge that will make a final ruling, or in front of a jury. A large majority of cases will settle before they go to trial due to the huge expense that is incurred if a case goes this far.

At trial, both parties will meticulously present every piece of evidence before the court, as well as call witnesses to testify. There will likely be witness that will testify as to the events that led up to the injury causing incident, and the incident itself, as well as witnesses that will collaborate evidence that has been presented.

Here at Justice Law Center, we will never charge you a large retainer to represent you in your personal injury case. We will take our fee out of the money that we have fought and won for you. If you don’t get paid, neither will we.

Our team of personal injury lawyers have been representing the Winnemucca community for decades, and we care about the town and the community. We are a Nevada based law firm and we believe that everyone in Nevada should have capable and professional legal representation, regardless of how big or how small their town is.

All of our personal injury attorneys offer free consultations, so that we can go over your case in detail. Call us today, because the longer you wait, the harder it will be to get you a fair payout for your injures.

No comments to show.

Our goal is to help people in the best way possible. this is a basic principle in every case and cause for success. contact us today for a free consultation.